2014 was the year I finally saw some of BC, and then left BC and saw some of Alberta. I also saw a lot of other places too, some familiar and some new. I was a self employed contractor for the whole of 2014 which meant I could take as much time off as would fit around work, and I made the most of that flexibility. I did a LOT of things in 2014 (start a couple of new contracts, pass the Certified Human Resources Professional exam, invest in some personal development courses), but my travels have definitely been the highlight. Below is a snapshot of the 15+ cities I visited over the past 12 months.

My first trip of the year was just a day in Whistler at the end of January, but was still a little bit of a big deal. I hadn’t been on the Whistler slopes since a few hours’ skiing in April 2011, and I hadn’t ever snowboarded before. Even though Whistler is so close to Vancouver that it’s practically considered a ‘local mountain’, snowboarding there was still something to check off the bucket list. 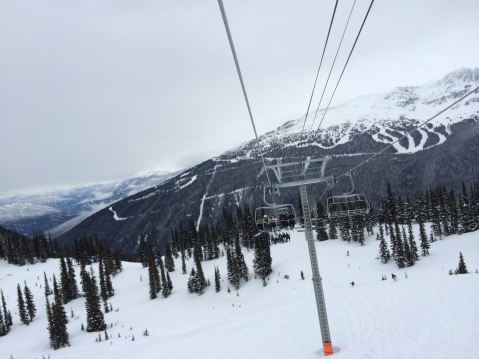 February arrived, as did my parents. They came to visit for 10 days, the last of which I spent with them in Seattle (technically we’re into March now). I’d been to Seattle a couple of times before and never really loved the place, but this time I took a short ferry trip to sunny Bainbridge Island. It reminded me of Bowen Island and Gibsons, very small and laid back with some fun little shops and great ice cream. That trip made me want to give Seattle another shot. Hopefully I’ll get my chance this year.